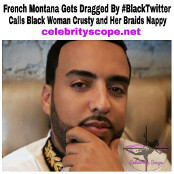 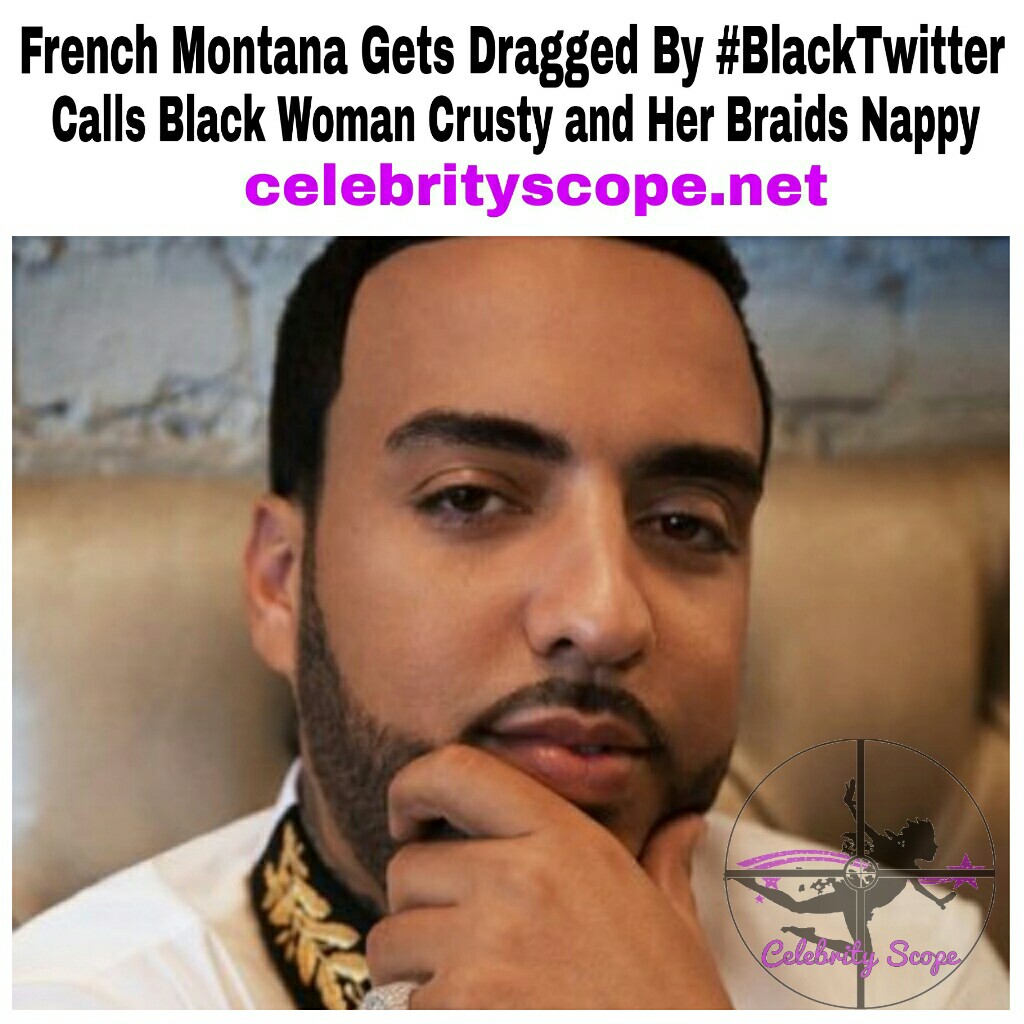 Moroccan born Hip Hop Artist French Montana (Karim Kharbouch) who’s most noted for hits such as “Pop That,” etc. is currently trending on Twitter. Black Twitter is dragging him for dear life for calling a Black woman’s Poetic Justice braids nappy amongst other unpleasant things. Twitter is divided because some fans agree with him saying that she started the drama. While quite a few others are not feeling his remarks and consider them racist while exclaiming that Rapper French Montana isn’t Black. We rarely post tea posts, but found this one quite interesting. Below you will see the tweet that allegedly started it all. 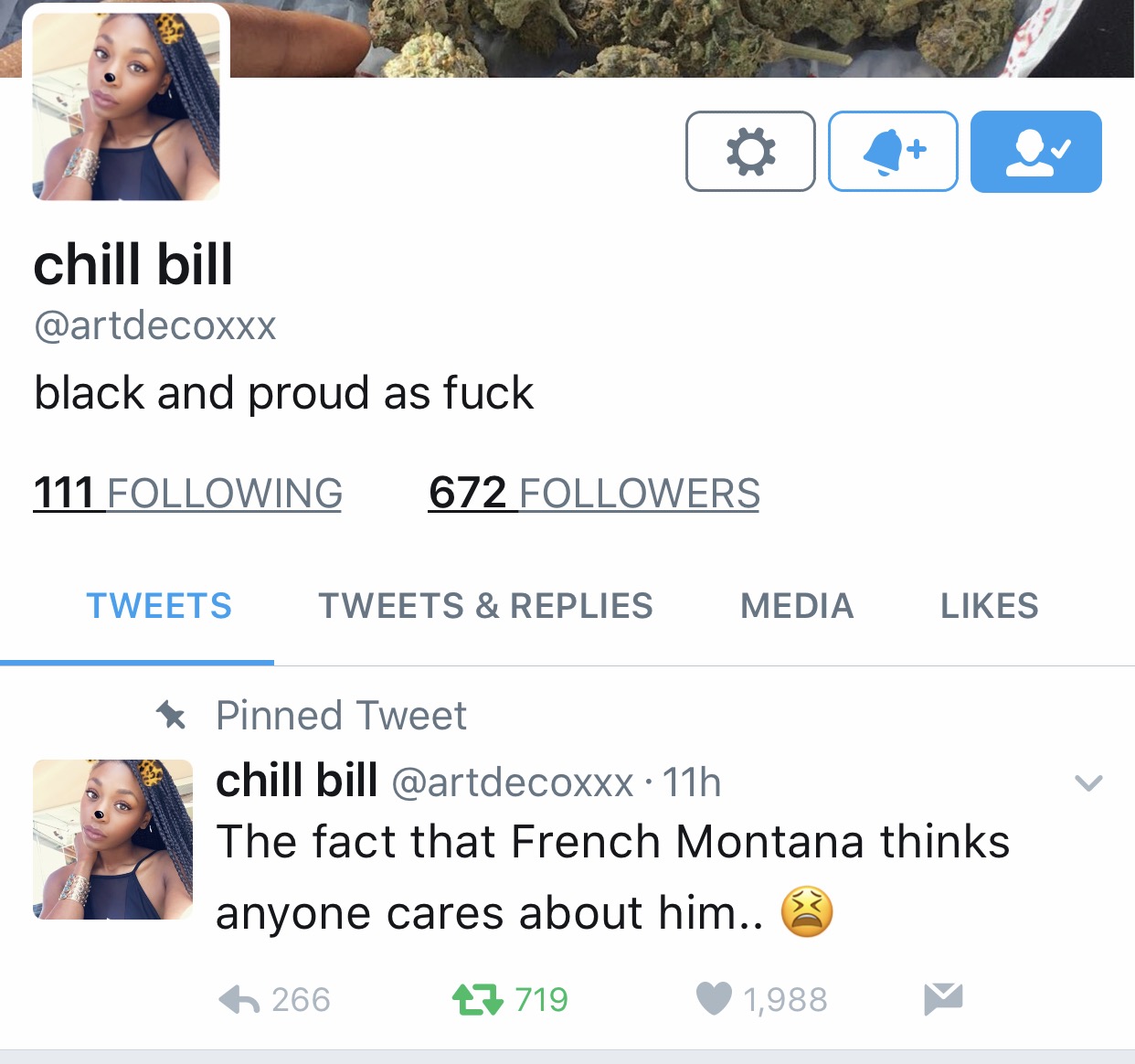 I personally think that this young lady is beautiful and so is her hair. However, I’m unsure what sparked her tweet. Then again it’s Twitter…! Either way I was a bit shocked at French Montana’s reply because I met him before and he came across as the type of guy that would be unbothered. Hey, but you never know. Some people hold celebrities to a higher standard and expect them to behave a certain way, but at the end of the day they’re still people. Black Twitter disagrees with the way he decided to clap back because some people feel he was attacking her ethnicity. 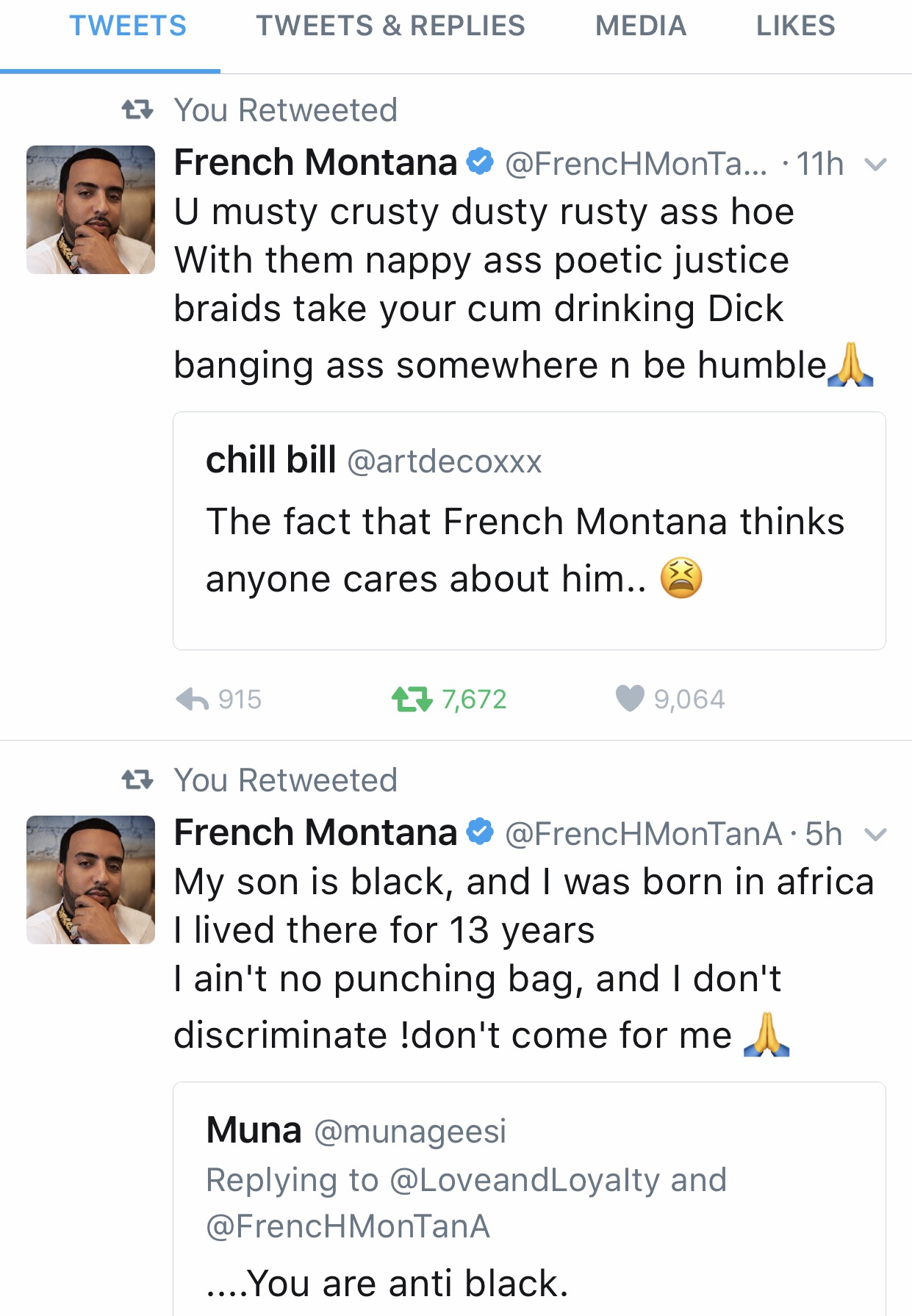 French most definitely gets the King of Petty Award for his initial replies. Now In terms of his ethnicity, some say he’s Black because his mother is Somalian and his father Moroccan. In the tweet below this Twitter user explains it better. 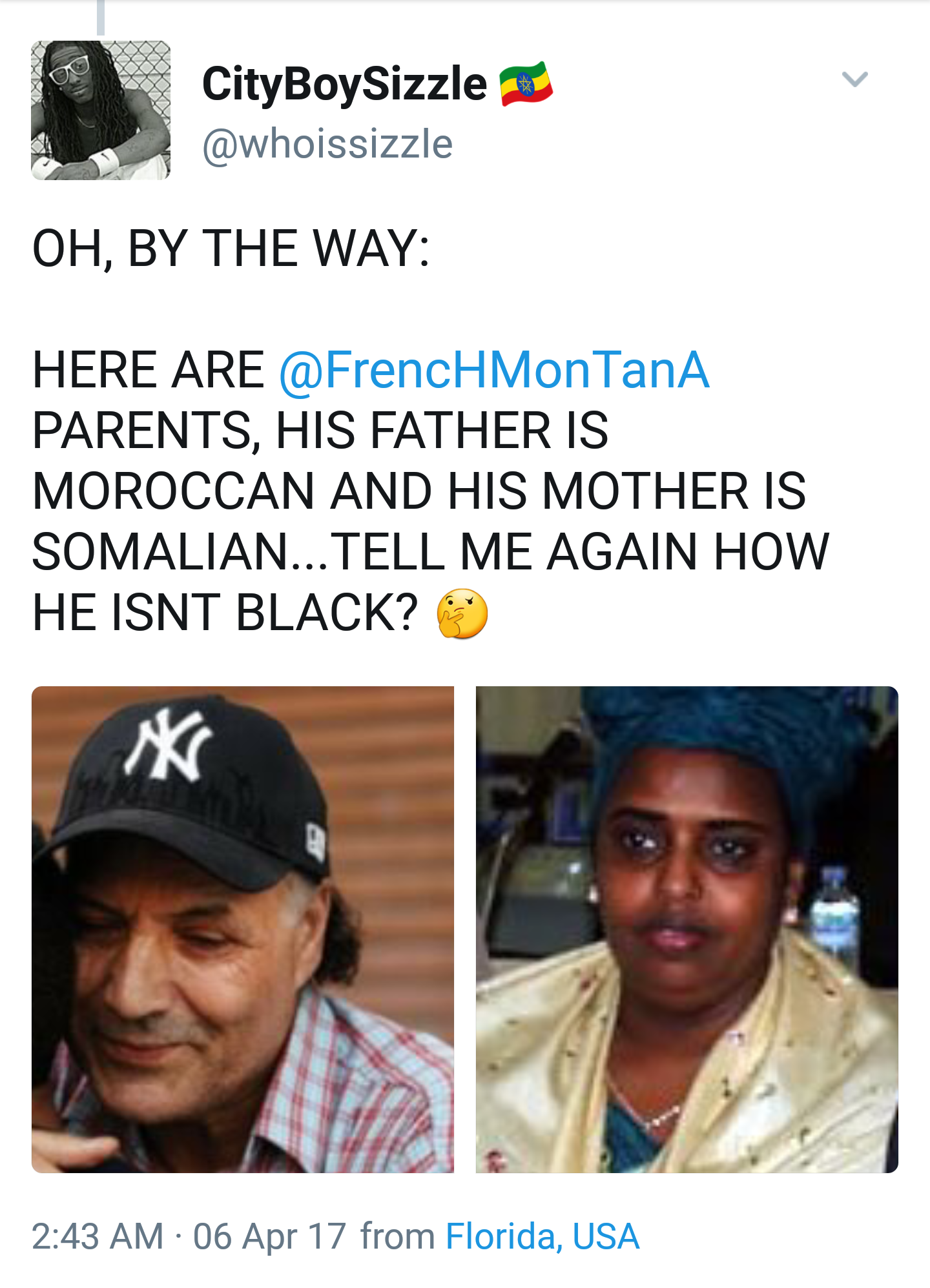 All in all I’m sure celebrities get lots of flack from fans. They are judged constantly by everyone; I’m sure it can be overbearing at some point. When they respond to negativity should they be more tactful or be free to express how they feel to the fullest? At the end of the day everyone has feelings. 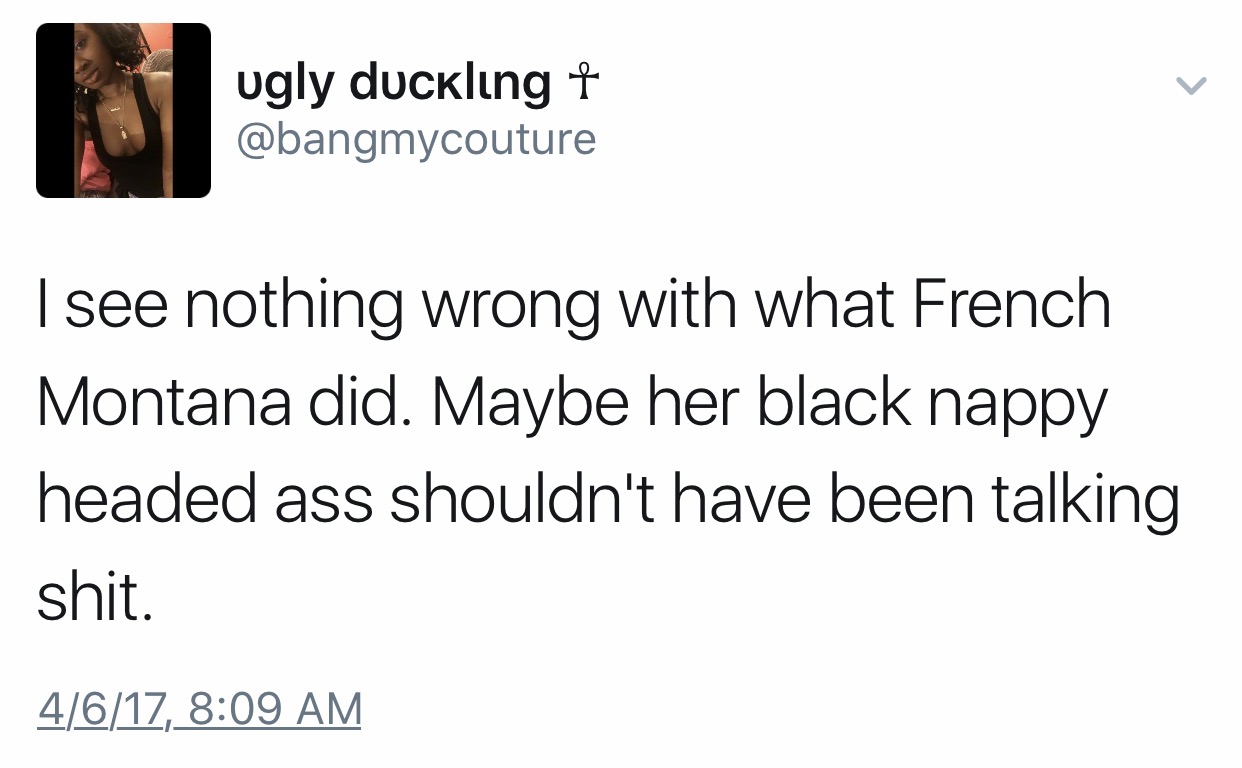 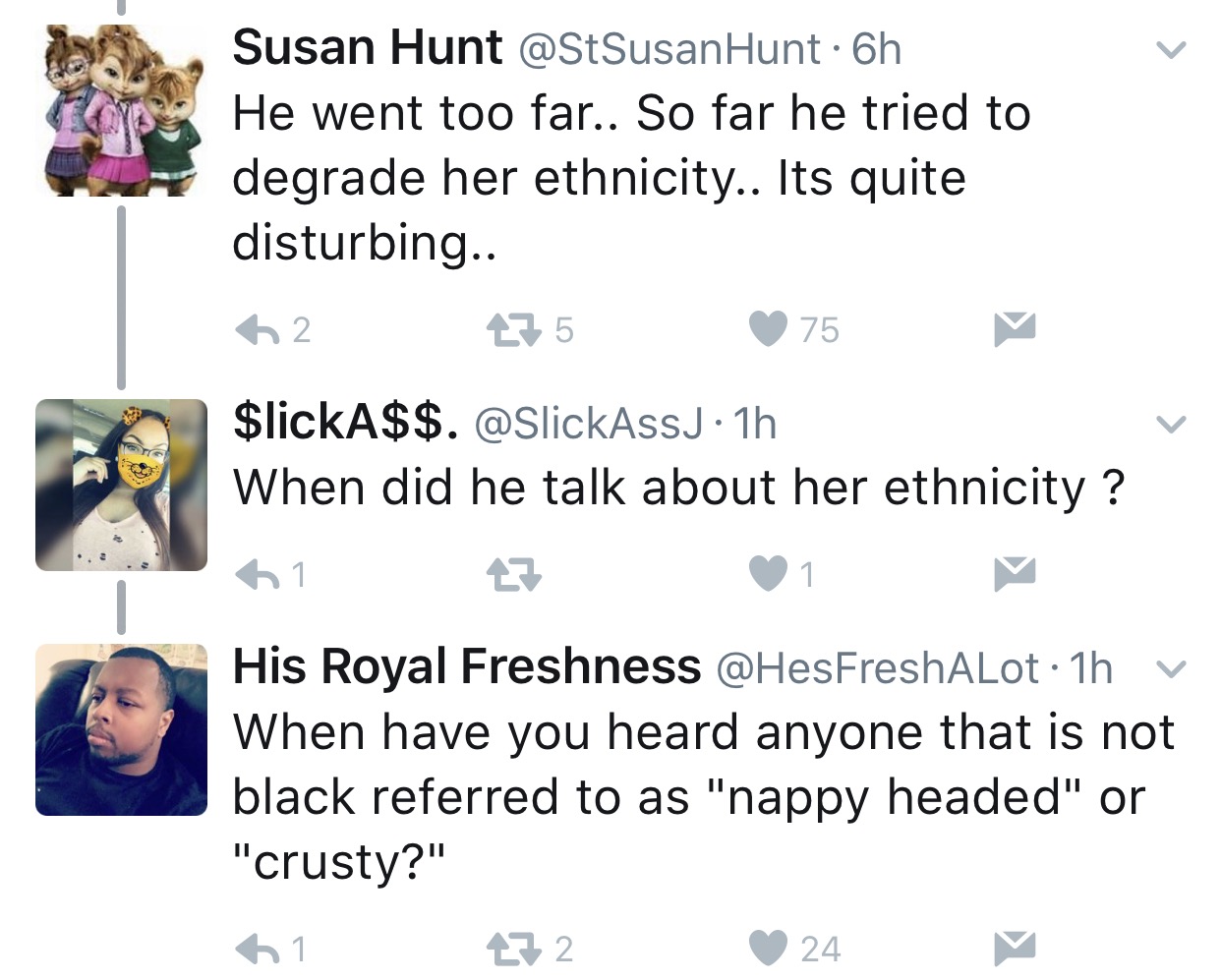 French Montana was back to more positive vibes in the end. 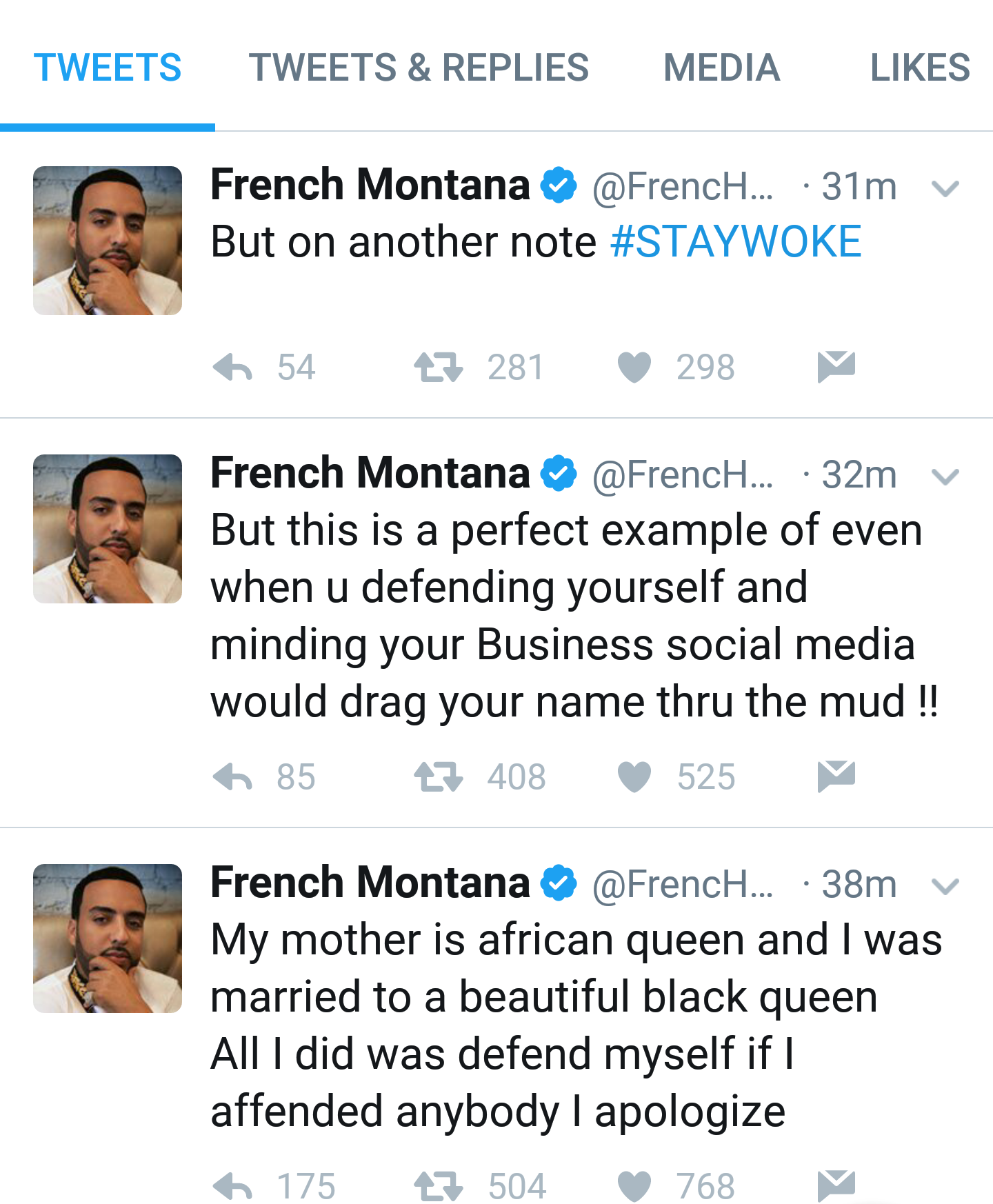