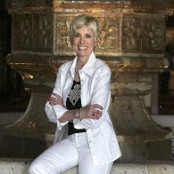 I thought that this was a very interesting post so I decided to re-blog it. I’ve been sitting here all day conducting research and I ran across it. I would love to know your thoughts. The open letter contains excerpts from the Bible.

Thank you for doing so much to educate people regarding God’s Law. I have learned a great deal from your show, and I try to share that knowledge with as many people as I can. When someone tries to defend the homosexual lifestyle, for example, I simply remind him that Leviticus 18:22 clearly states it to be an abomination. End of debate. I do need some advice from you, however, regarding some of the specific laws and how to best follow them. a) When I burn a bull on the altar as a sacrifice, I know it creates a pleasing odor for the Lord (Lev. 1:9). The problem is my neighbors.

They claim the odor is not pleasing to them. Should I smite them? b) I would like to sell my daughter into slavery, as sanctioned in Exodus 21:7. In this day and age, what do you think would be a fair price for her? c) I know that I am allowed no contact with a woman while she is in her period of menstrual uncleanness (Lev. 15:19-24). The problem is, how do I tell? I have tried asking, but most women take offense. d) Lev. 25:44 states that I may indeed possess slaves, both male and female, provided they are purchased from neighboring nations.

A friend of mine claims that this applies to Mexicans, but not Canadians. Can you clarify? Why can’t I own Canadians? e) I have a neighbor who insists on working on the Sabbath. Exodus 35:2 clearly states he should be put to death. Am I morally obligated to kill him myself? f) A friend of mine feels that even though eating shellfish is an Abomination (Lev. 11:10), it is a lesser abomination than homosexuality.

I don’t agree. Can you settle this? g) Lev. 21:20 states that I may not approach the altar of God if I have a defect in my sight. I have to admit that I wear reading glasses. Does my vision have to be 20/20, or is there some wiggle room here? h) Most of my male friends get their hair trimmed, including the hair around their temples, even though this is expressly forbidden by Lev.19:27. How should they die? )

I know from Lev. 11:6-8 that touching the skin of a dead pig makes me unclean, but may I still play football if I wear gloves? j) My uncle has a farm. He violates Lev. 19:19 by planting two different crops in the same field, as does his wife by wearing garments made of two different kinds of thread (cotton/polyester blend). He also tends to curse and blaspheme a lot. Is it really necessary that we go to all the trouble of getting the whole town together to stone them (Lev.24:10-16)? Couldn’t we just burn them to death at a private family affair like we do with people who sleep with their in-laws (Lev. 20:14)? I know you have studied these things extensively, so I am confident you can help.

Thank you again for reminding us that God’s word is eternal and unchanging. Your devoted disciple and adoring fan. 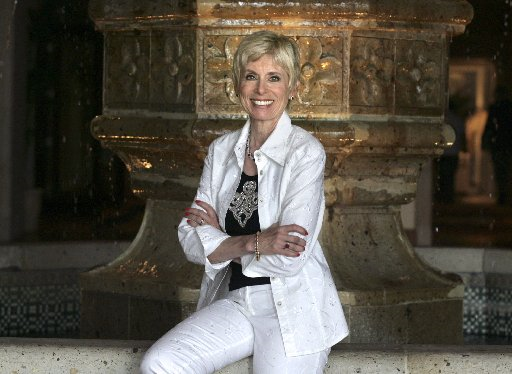 Setting My Record Straight About Gays In Acceptance, Character, Homosexuality, Leviticus, PFLAG, Values, Email, This Post My blog today has to do with teaching you how to respond to lies. Most importantly, lies about me. At 63 years of age (okay, 63 and a half), I am absolutely blown away by the casual meanness and vulgarity that passes for opinion and discourse. In my early years, if you wrote or verbally gave an argument that had even a tinge of nastiness (forget the vulgarity), both you and your point of view would be flushed…intellectually disqualified. Nowadays though, people feel frighteningly free to criticize with vulgarities, insults, lies, exaggerations, misrepresentations, character assassination and downright ferocious meanness. Nothing new here. I’ve been commenting on this for a while, but last night a friend approached me…a friend approached me and asked me how he should handle a particular situation. (I thought I was getting into “Dr. Laura gear”).

Somebody had contacted him and challenged him about being my friend because, (and to quote that person) “she hates gays.” For almost a dozen years (I think they’re automatically renewed computer-wise daily…you’ve probably seen it or heard about it), a blog appears under different sources, ostensibly asking me to answer questions about some of the Bible’s entries about slavery, daughters…so forth. It supposes that I ever quoted Leviticus that homosexuality is an abomination. That never happened. I repeat: that never happened. I never said that. I don’t believe that. In fact (which they will deny…don’t you love activism?) I was one of the earliest radio hosts to support organizations such as PFLAG (you know, Parents and Friends of Lesbians and Gays) and other efforts to encourage openness and acceptance of gays in their own families, much less society.

But to my surprise (but not naivetë), to many activists, truth is irrelevant when the intent is to rally support through raising passions, especially negative passions. Get people angry and they stop thinking for themselves. Here’s the truth: I’m for marriage as a bond between a man and a woman. I’m for children having the benefit of a married mommy and daddy, which by the way also means that you straight women should not intentionally exclude a daddy from your kid’s lives just because you want to be a mommy. But most importantly, you listen every day, you hear I take calls almost daily from gay men and women asking my advice on personal and family matters. These are the people who know the truth about me because, you know what, they actually listen to my daily radio program. They call because they know I can and will help. And every week I receive letters from listeners and fans who are gay and thank me when I take a call or read a letter from another gay listener, and here’s what they think, in their own words (let me get this ready…okay): “Thank you for reading the email from the gay gentleman.

I’m a gay woman (I don’t like the word ‘lesbian’) [she writes] and listen to you faithfully. I applaud you for protecting children and keeping people on the right path. I echo the feelings of the gay man who emailed you today. I am and have been single for 10 years. I just wanted to let you know how much I agree with you on how to make relationships work. I only wish I had found you before my partner left. If I had, I don’t think she would have ended the relationship. I hope more people in gay relationships will listen to you.” Here’s another one:

“I just heard you read the email over the air from the faithful gay listener. Add me to the column! I’m a gay male in central Virginia who listens to you every day after I get home from work. I’ve been listening regularly for the past three years and I wouldn’t miss it. Gay or straight…white, black, green, purple, or blue…Momma Laura knows how to knock some sense into people’s heads.” [Laughs] And, something I saved…something I saved. Here’s a call I got recently from a gay listener…

Caller: I have to say, right off the bat that I need to apologize to you publicly because I wrote you a nasty-gram under the impression that you were against gay people. And I know better now, so I deeply apologize for that.

Dr. Laura Schlessinger: Thank you. How kind of you and thank you very much, and I accept your apology.

Caller: Thank you. In fact, I get (brace yourself) disappointed and angry emails each week from people upset that I help gay callers. I give advice to gays and lesbians who call my show. One radio station dropped me because I give advice to gays and lesbians. Quite openly, I have been personally very hurt over the years with the misrepresentation which has led to a generation of folks who haven’t read my books, haven’t attended a “one-woman show”, haven’t listened to my radio show, yet presumed to know me and what I stand for. Having people believe that I’m a bigot and hate me…and “hate” is the word…is horrible, frustrating, demoralizing and unbelievably painful.

So my answer to my friend who wanted to know what he should say to people who challenge him being my friend, is to tell those people to listen to my show. I am happy to have any and all draw their own conclusions about me from an informed position, for a change, by listening to my program for a month or two. So there is a lesson in all of this: don’t let anybody tell you how to feel about another person without exploring the situation yourself and don’t waste hate. Save hate for those who…like the Taliban, hang to their necks until dead seven year old children in order to scare a village and take control. That’s where hate ought to go.