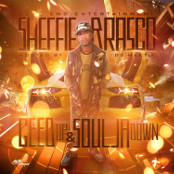 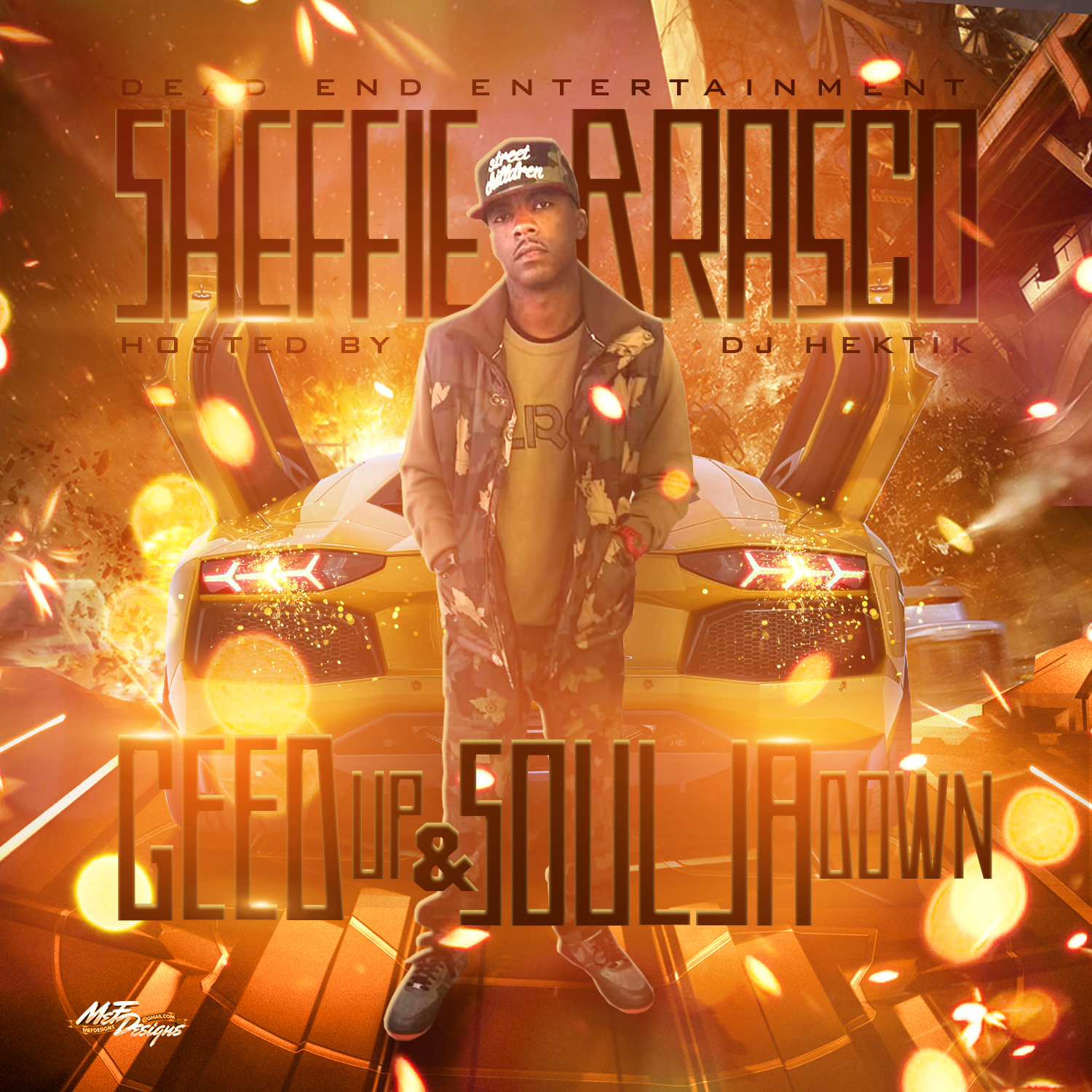 New Orleans native and rapper Sheffie Brasco tells us about his passion for music, his personal definition of slavery, and how he feels about pants sagging. Sheffie also plans to write movies that the world will never forget; and to win prestigious awards that will serve as a constant reminder to all… that he has made his mark in the industry. Q: Fantasy: Who are you? Where are you from? What do you do for a living? Where did you grow up?  What schools did you attend? When did your career begin? A: Sheffie Brasco: My real name is Sheffie and I’m from the crescent city (New Orleans). I’m currently a fine dining chef. I grew up in  the 9th ward and New Orleans east. I attended Mc Donough no. 15 elementary,  Beau Regaurd Junior High, and I graduated from Sarah T. Reed High School. My career as a rapper didn’t actually begin until after hurricane Katrina. I moved to Atlanta to do a feature on a song with a artist from New Orleans named Asad Regal. Dude gave me $800 for the feature and another $500 just to stay and do some more work. During my first week there Karol, with Kamaru Ent., took me to different venues that were hosting open mic  performances where I performed every night.  The response that I received from the crowd was crazy. They liked my music. I thought to myself… “I’m in a whole nother city. People embraced and loved my music up to the point where I had to take it more seriously  and give them what they needed. I sent for my girl, got her moved to the A (Atlanta), and started my campaign. Eventually I decided to work from my city (New Orleans) instead of Atlanta. Q: Fantasy: If you could turn back the hands of time and attend high school again what would you do differently? A: Sheffie Brasco: Since music has always been my passion I would go back and take the steps to further educate myself on the law side of the music and get a degree in it. Q: Fantasy:  Just recently you released a song “Out Da Gate” Featuring Chris P and Kidd Kidd. How did the collaboration with G- Unit’s artist Kidd Kidd come about? What’s the story behind the song, or the overall message; In other words… what do you want listeners to take from it? A: Sheffie Brasco:  Been knowing Nutt (Kidd Kidd) for a minute. We worked with some of the same producers in Atl. We talked about doing the collaboration when we were in The Bottom Line (club in New Orleans). One night and he was with it (interested in doing the collaboration) so my team reached out to him. We recorded our verses, sent it to him while he was in NY, and he sent it back asap! When I wrote the hook, I was basically speaking in futuristic terms and my verse elaborates that. I believe in my talent so much.

I’m telling you… I’m going to make it, so watch my hustle.—Sheffie Brasco 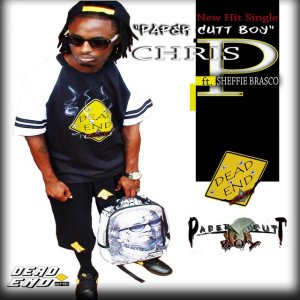 Q: Fantasy: You also dropped Geed Up and Soldier Down mix tape, which is hosted by DJ Dow Jones and DJ Hektik. Track 13. Paper Cut Boy ft. Mack Maine of YMCMB has to be one of my favorites. Who produced the track for this particular song? What is a Paper Cut Boy? A: Sheffie Brasco: Paper Cut Boy is produced my man U.P. of PSP (Palmyra Street Productions) studios.PSP Studios had the sound that we were looking for, some N.O. sh#t (native New Orleans sound). We had been working with PSP ever since I came back from Atl. U.P is really a super producer.  A Paper Cut Boy is one who is always fresh (well dressed) and has the money to back it up. He get money, put food on the table, take care of his family, and stay fresh ta death like he just stepped out of a casket.

Sheffie Brasco on Crime and More

Q: Fantasy: In your opinion, what it slavery? Why does society feel that most black people that are at the poverty level, commit crimes, or despise one another are mentally enslaved? Would you agree that there is a direct correlation between poverty and crime? A: Sheffie Brasco: Slavery, in my opinion, is when one is forced to live and work a certain way or being owned by someone. Society or some white people feel this way because they enslaved blacks and don’t want to admit to the consequences or repercussions of it. There is a direct correlation between poverty and crime simply because people have to eat. When a person or a family is living in poverty… they’re missing meals, good education, going without necessities, etc. They despise whomever is not living like them. and will take it (rob, steal, or kill) if they’re hungry enough. Q: Fantasy: Some members of our younger generation, our generation, and some of our elders have charted a trend; “Pants sagging (pants are worn below the waist… revealing the underwear).”  Pants sagging is said to have originated in jail houses. It means that one man (wearing sagging pants) is inviting another man to his a#s (in a homosexual nature).  Do you agree with pants sagging’s origin or do you feel that males that wear their pants this way are making… more of a fashion statement. Is wearing your pants the proper way viewed as nerdy? A: Sheffie Brasco: An old head (elderly man or woman) told me that the things most young people gravitate towards today, they use to run from back in his day, so I agree with the origin. Some people may say that its a fashion statement, but do not even know what their stating because they may not be familiar with the origin of pants sagging. Me, I salute the young who are getting their grown man on (dressing casual or in business attire)… so to speak. It signals a level of maturity and states that you have plans on becoming something successful, rather than letting your pants sag and being labeled by society as a person that could really care less. Q: Fantasy: Who is the funniest person that you’ve collaborated with? Who has used the most profanity? Who would you say is the ultimate hustler? A: Sheffie Brasco: The funniest person I’ve ever collaborated with would have to be Skip (Skip UTP). He’s featured on a song with me that was recorded back in ’04. He probably doesn’t even remember tho.  I’m Not sure about the profanity, but the ultimate hustler to me rite now is Spitta (Curren$y aka Spitta Andretti). Dude waled away from deals and built his career from the ground up. “I respect it.” A true hustler will turn a nick to a brick ( street terminology for turning a mole hill into a mountain), no fronts, and that’s just what he did. Q: Fantasy: What are your career goals? Give us a timeline that spans from now… up until five years from now. Will you still want to be just a rapper or will you become a ghostwriter, engineer, or something of that nature? A: Sheffie Brasco: After I make my first nationwide debut, within two years I want to top charts. I want to achieve some awards such as billboards, grammy’s, BET, MTV, etc. Such awards will serve as confirmation that I left my mark in this game (made an impact within the music industry). I suppose, by looking at Jay-z, one could continue to rap until whenever and since music is my passion I prob will whether it’s for myself or under the table for someone else. I truly love to write and  I plan to write movies that the world will never forget. 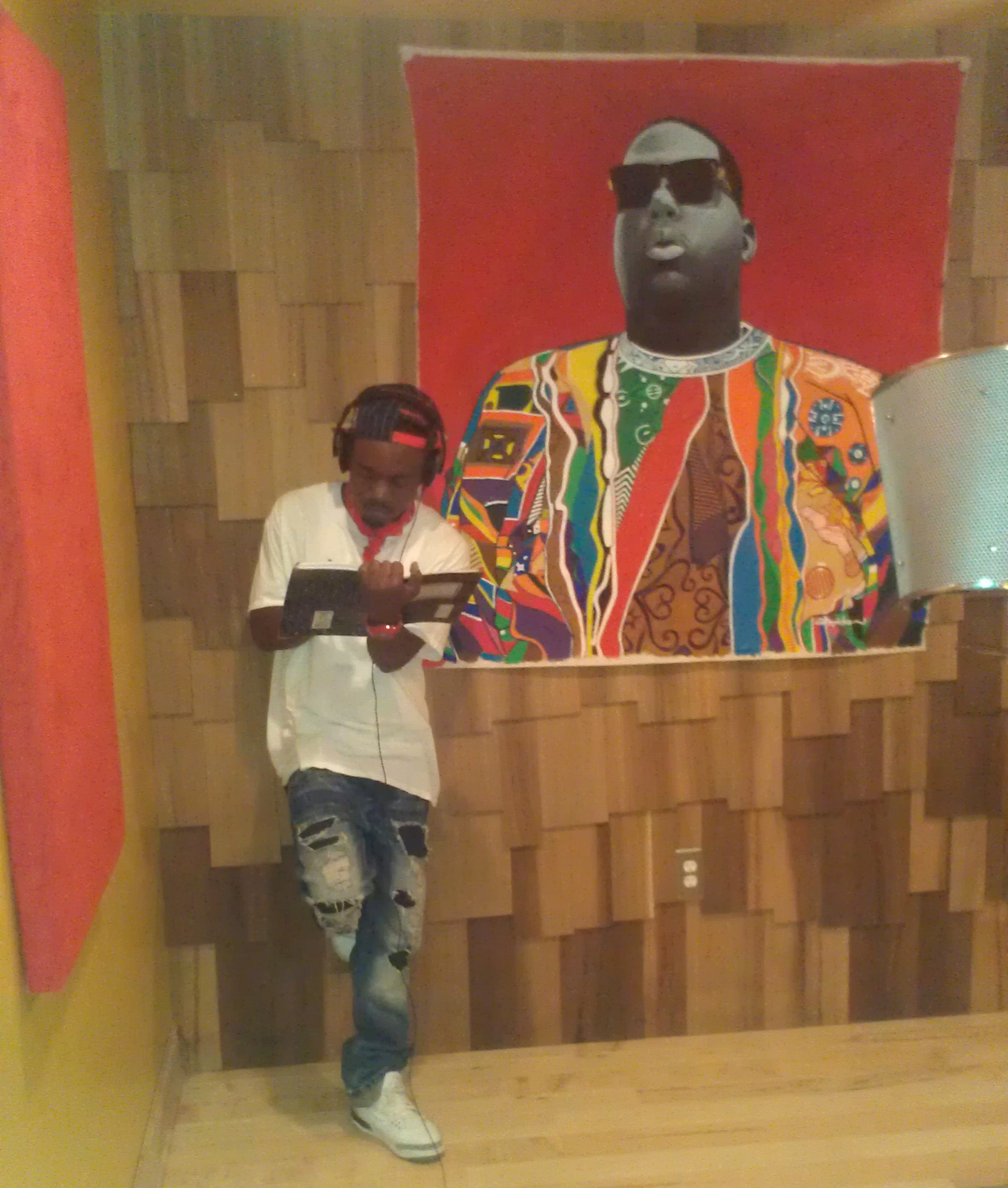 Q: Fantasy: Out of all of the places that you have traveled which city/ country is your absolute favorite? Where would you like to go before you expire? Name the top three places that are on your bucket list? A: Sheffie Brasco: Montego Bay Jamaica is my favorite place thus far. I’ve been there twice and it was even better the second time around. Before I go, I gotta visit Brazil, The Dominican Republic and anywhere in Africa. Q: Fantasy: How do you feel after being interviewed? Is there something that you would like your fans and supporters to know that we may not have covered during this interview? How do we get into contact with you for all business related inquiries? Are you on Facebook, Twitter, Instagram, etc.? A: Sheffie Brasco: Being interviewed is cool because the fans get to understand the artist more. You get a chance to talk about things you normally would not rap or sing about. If you have not already done so you can download my latest mixtape “Geed up & Soulja down”  on livemixtapes.com. ===> http://indy.livemixtapes.com/mixtapes/21082/sheffie-brasco-geed-up-soulja-down.html <=== Me and the homie Chris P have a new mixtape dropping in late September. It is titled “Streets 2 da Stage” part 2. Keep ya ears and eyes open fa dat! The original singles we put out always feature a well known artist and we have another single on the way so keep ya ears to the street for dat. My facebook and twitter are both Sheffie Brasco. I am @Sheffie_Brasco on Twitter. My name on Instagram is @Sheffie_Sosa. For all business inquiries email [email protected]