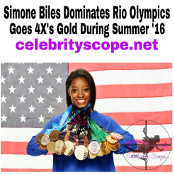 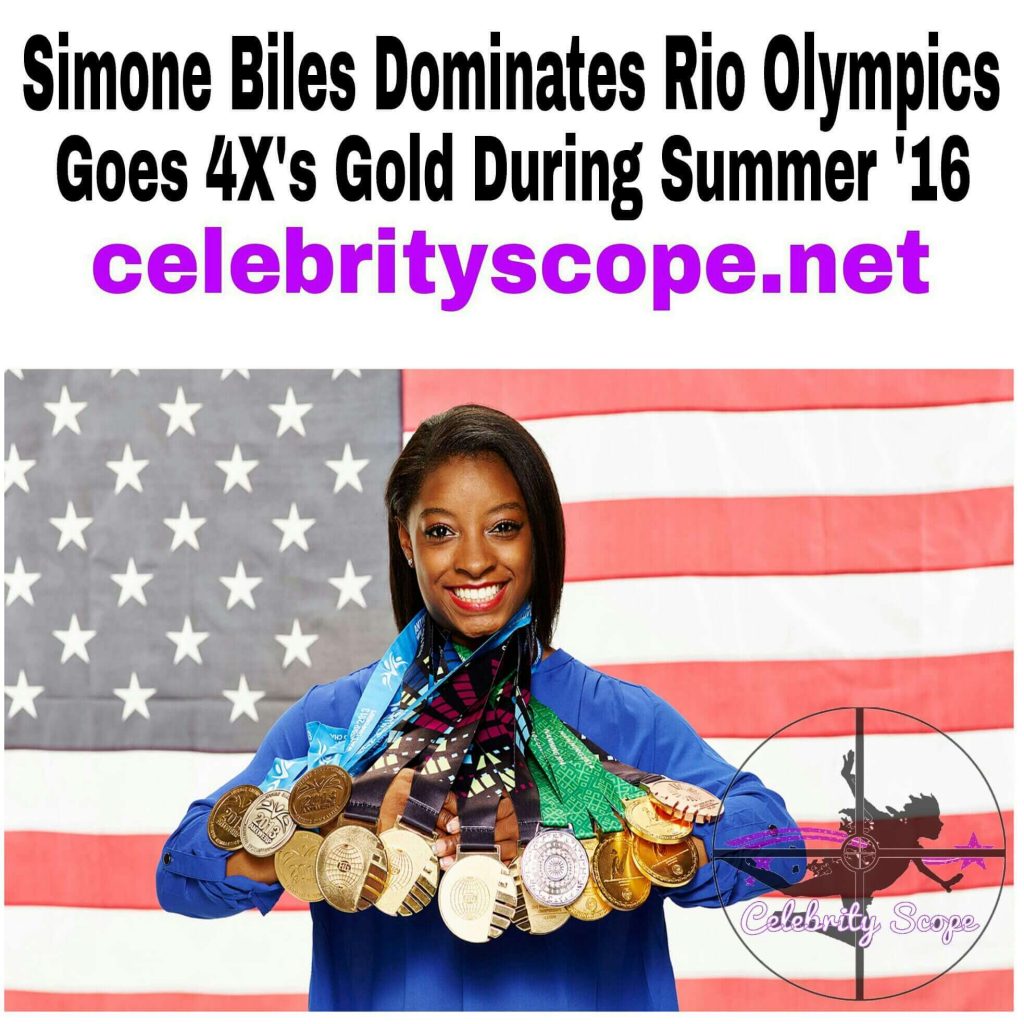 American Gymnast Simone Biles breaks world records in Rio De Janeiro during this Summer’s Olympic Games. She’s currently the greatest of all time and has 19 Medals to prove it.

Simone Biles, American gymnast, proves to the world that dreams do come true and you can fly without wings if you really believe. At the age of 19, Simone has set new world records. She is the first woman to be all- around champion 3 years back to back, first woman to win four gymnastics golds in a single Olympic Games since Romania’s Ecaterina Szabo in 1984, and the first African-American gymnast to win an all-around World title. Additionally, Simone Biles has won an impressive 14 world championship medals, the most ever won by an American woman, and her journey continues. Biles is also the inventor of and first to perform the awesome move called “the Biles.” It consists of two back flips, a double layout with half twist, while bodied in a straight position as she floats gracefully while suspended high in the air before making a blind landing.

During the most recent London Olympic games, Simone was just a bit shy of the age eligibility requirement to qualify to compete. However, there is no better time like the present. The talented gymnast made her debut in Rio this summer and there… she also made history. Read more about her career beginnings and accomplishments thus far below. Here’s her story.

Get 10% off your order when you use the coupon code SAT10! Click here!

Young Simone was a toddler and tumbler who back flipped at home for fun. However, Biles’ career as a gymnast began at the tender age of six. During a daycare field trip she tried gymnastics and mimicked the other girls. Soon after, she was instructed to continue. Her continual training took place at Bannon’s Gymnastix and at age 8 she began training with Aimee Boorman who is currently her coach. I guess it’s fair to say her practices made her perfect.

For anyone who has ever doubted she would be the greatest of all time to date especially, following her bronze medal winning performance on the balance beam, Simone Biles has raised the bar. Take notes… She is the fourth American female gymnast to win five medals in a single Olympics, joining Mary Lou Retton (1984), Shannon Miller (1992) and Nastia Liukin (2008). She has proven she is truly a tough act to follow. This girl dominates in the floor exercise! With her dashing, dazzling signature moves she stamps out and trumps the competition. Check out her timeline and some footage below. 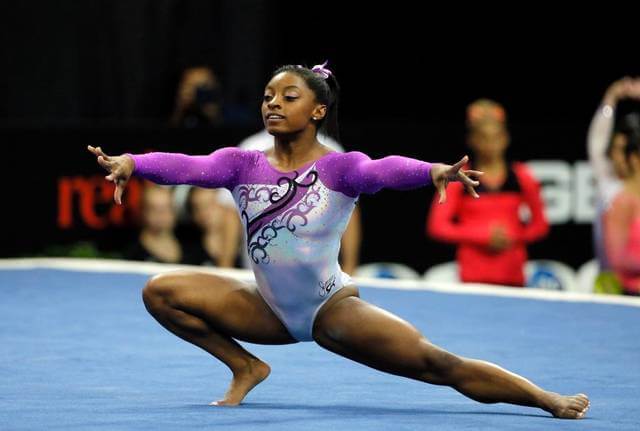 Simone Biles looking lovely and as amazing as ever during floor exercises, which is one of her brightest talents.

The Summer of Simone

As it stands this Summer Simone Biles is the most accomplished and decorated American female gymnast ever. From 2013 up until now Simone had 14 medals. Her all around scores are at 62 points the average for some gymnasts is 60. Biles has nailed every single all-around competition since the Proctor and Gamble Championships, 12 straight titles to be precise. Medals both gold and silver were won in vault, uneven bars, balance beam, and floor exercises. Her record- breaking total of 10 gold Olympic medals are the world’s most golds woman by a female gymnast. What’s even more astonishing, in what is considered her best event, is her floor exercise score of 15.966.

If it wasn’t for her misstep this past Monday, on the balance beam, Simone would have possibly racked up her 5th gold medal.She took home the bronze medal. We’re still very proud of her. Being an Olympian is an accomplishment withing itself. Congrats Simone! 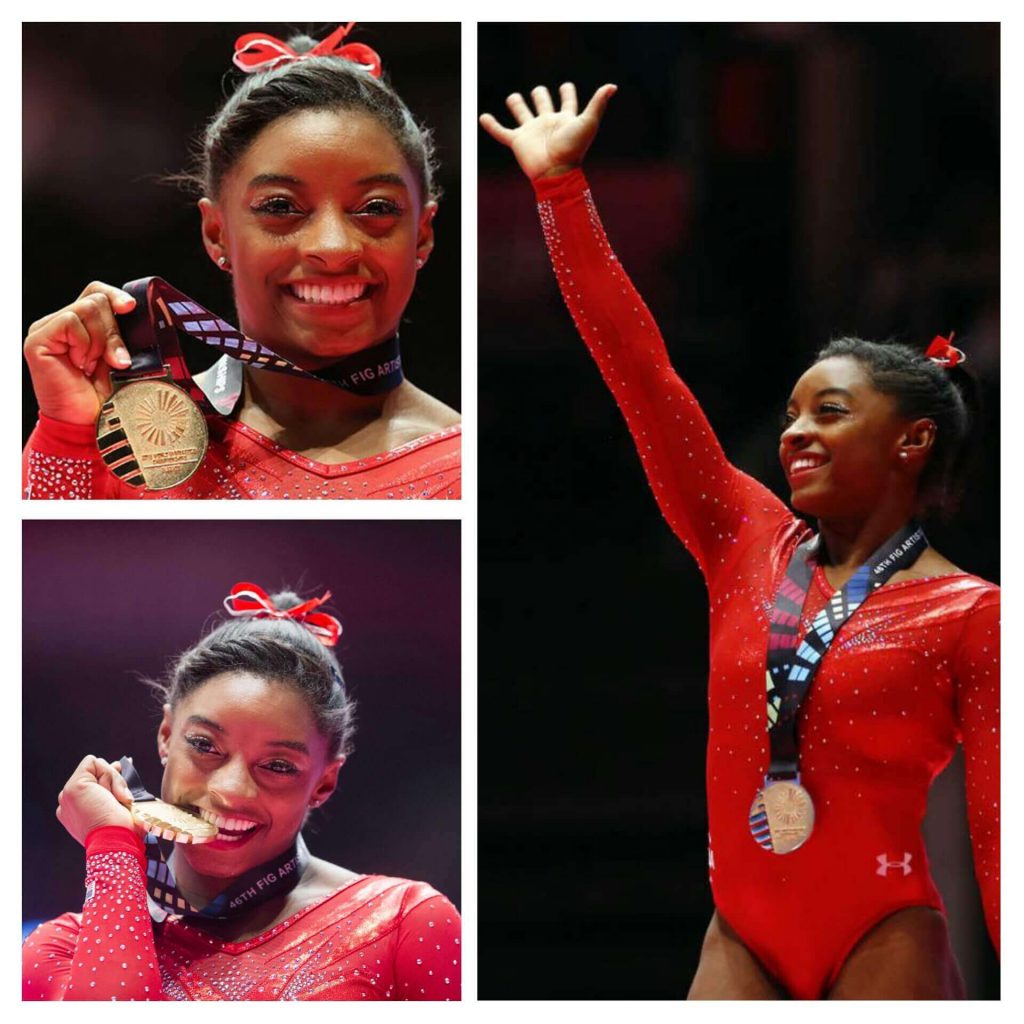 We expected nothing less than sheer perfection. You won big and you got a kiss from Zac Efron! 🙂 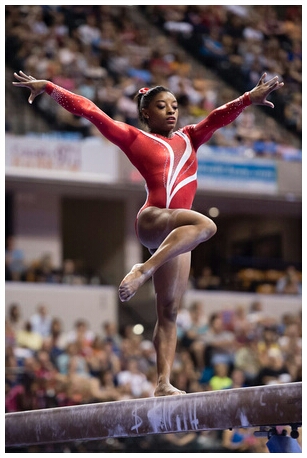 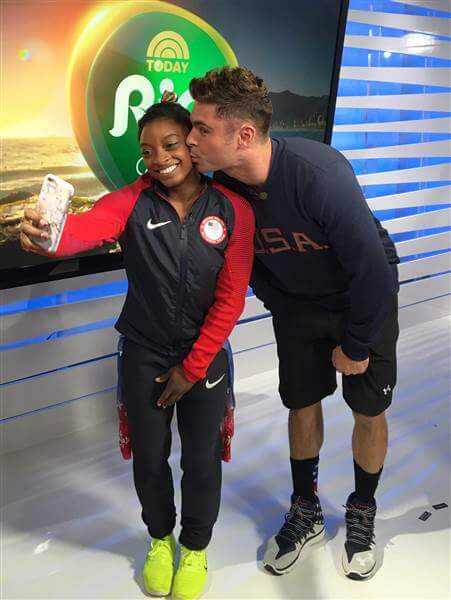