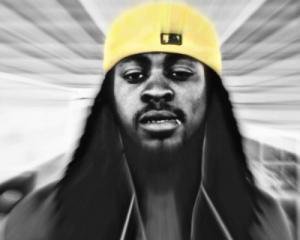 Q:Fantasy: Who is Strait Jigg?

A:Strait Jigg: Srait Jigg is a young dude that’s destined for greatness. I’m on a mission. People see me as a promoter and Twitter head. I started off as a rapper. I’ve been called Jigg ever since I was a kid. The nick name came from my big brother Snoop. I wanted to be an original and straight up… “Strait Jigg!” I do what I do for the people around me. When you find something you love… you stick with it. This is bigger than being famous.  I live day to day. I don’t walk into a boardroom and change clothes. I’m a rapper and promoter. Myself and Da U Boys put in work. We  get our own music to the radio stations, etc.

Q:Fantasy: How was your childhood?

A:Strait Jigg: Paycheck to paycheck. I shared a room with my two brothers. We barely had a car because my dad drove it to work. We caught the bus, most of the time, we never had too much. My mother worked and went to school.  She eventually dropped out of Delgado to support us.

Q:Fantasy: Did you have sibling rivalries? How was life in Holly Grove (17th ward)? Are you currently residing there?

A:Strait Jigg: I fought the youngest and the oldest! ((LOL)) They would team up on me. Every summer we would be home alone wildin’ out(acting crazy and out of control). I remember my oldest brother and I would fight and one time he got the best of me… I got mad and threw a screwdriver at him It got stuck in the door. Had he not run… I probably would’ve hurt him. It’s funny now. ((LMAO))  The 17th was fun when I was a kid. As kids we play sun up to sun down without a care in the world. Ever since hurricane Katrina no one comes out anymore. There’s whey too much crime, drugs and too many people getting shot. When someone gets killed… weighs heavily on your mind and heart just for a day and then it’s gone. Four of my potnas (friends) were killed and my cousin too… just last week.

Q:Fantasy:  What do you say to individuals who believe that in order to be a successful rapper from New Orleans  that you must move out of state? Do you feel that once an artists’ career blows up that he/she becomes a target for hatred and violence?

A:Strait Jigg: There’s a lot of truth to it, but everyone doesn’t need to move out of state in order to make it in the music business, but if you blow up you can become a target. Especially if people feel that you are wealthy. If you stay home and put it down from home, home will back you as long as you keep it real for our city. Some folks leave the city and become world reknown talent then abandon home. 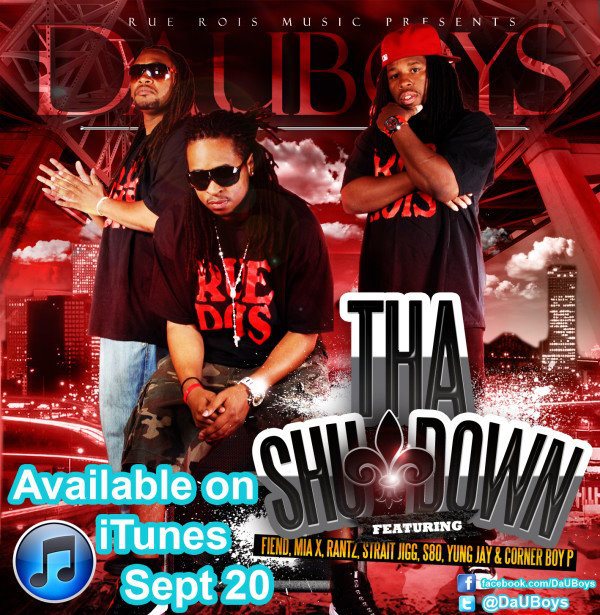 Never distance yourself from your people. Remember where you came from. Da U Boys won’t leave in order to blow up (become famous). If someone wants to fly us out of town we welcome it.

Q:Fantasy: You’re given the microphone… you’re doing a worldwide broadcast; if you could do one thing to change people’s way of thinking in terms of their feelings on where we are headed as a race***one way ticket to the middle of no where*** what would you say to them  that may prevent them from being “stinking in their thinking?”

A:Strait Jigg: Black people of the world we know plenty of black men that have been shot down and murdered in our streets. Our ancestors were enslaved some of us are enslaved mentally to date. Love your brother… he may be a stranger, but love him as if he’s your biological brother. Treat others the way that you want to be treated. Have respect for everyone. Most of our disagreements stem from the things that we lack… money in particular.  The love of money is the root of all evil. As a race, to the rest of the world we’re viewed as the bottom of the barrel. Everything may not happen in our time but we have to keep the faith.

Q:Fantasy: How do you feel when you write music? Do you stick to a ritual? What inspires you?

A:Strait Jigg: It depends on how the beat makes me feel. Whenever I think of certain situations in life I jot them down in my cell. I used to write in my notebook, but technology has changed everything.  Other people’s lives and everyday conversations inspire me. I love visual art. I can stare at a painting and my imagination goes wild.

Q:Fantasy: Is Straig Jigg single… if so, why are you single? What’s your ideal mate?  Most people feel that artists have groupies… what is a groupie vs. a fan/supporter?

A:Strait Jigg: I have no attachment. Some people like to believe that I am not single, but I am. I don’t need anyone I’m not lonely. I don’t know of any females that I want to be around enough to take it to the next level. I just want someone who’s fun.  My ideal woman is “Fantasy!” ((LOL)) I’ve met a lot of girls that want to rock with me, yet they won’t support my music. I need a woman that will be about me 100% most females just want [email protected]%*. Groupies don’t care about you or your music. They don’t care about what you’re doing… only that you’re doing it so they throw themselves at you. My fans and supporters know me as an artist. They want me to succeed and they will help you in any way that they can. They know who you are and will approach you wanting to have an in depth conversation about what you do.

Q:Fantasy: What was you favorite cartoon when you were a kid? Which character from that particular cartoon is a lot like you? Why?

A:Strait Jigg: ((LMAO)) Hahahahaaaa Wow! My favorite cartoon was Dragon Ball Z. I would say that I’m a lot like Gohan. His daddy was the man with everything. Everyone wanted Gohan to be like his dad… his dad was a gangster! My older brother was the first child, nephew and grandson so I felt that I had big shoes to fill for a little while. I was Gohan and he was Gohan’s father. Once I got older I began to rap, organize and promote music. I go hard so I am a lot like Gohan.

Q:Fantasy: You are known as the Twitter King and Retweet(RT) King.  Why? How do you feel about the creator of Twitter? Do you miss Myspace? Is Facebook good for networking?

A:Strait Jigg: I was bored… smart phones are the reason for that. I talk to most of the people on my time line and gain more followers because of it. I RT Da U Boys as well as other artists music. I joined Twitter back in February of “09”  and I was feeling it since day one. He’s a “G”(gangster) and a beast(mastermind) and he needs to #followback ((LOL)). I have music to send him. I haven’t seen a social network like Myspace since “Myspace.”  Through Myspace you can market and promote yourself very well and get connected. There was a music player that played where your fans could listen to your as soon as they visited page.  They could leave comments and view your pictures instantly. People were on Myspace daily.  You could create a background. It was like having your own personal website.  Da U Boys received a great deal of exposure from creating a Myspace profile.  On Facebook people don’t add you unless they know you, but on Myspace you could add everyone.

Q:Fantasy: How do you feel after being interviewed?

A:Strait Jigg: I feel good! Thank you for reaching out to me and taking the time out to get to know Strait Jigg. We touched on a lot things… there are somethings that people didn’t know about me. I hope that everyone reading this interview follows us on Twitter @straitjigg @dauboys. I write for N.O 2 B. R. The Heat Magazine(The Heat Online) and I have a blog Like A Big Dog. Be on the look out for our album it drops on September 20th. It will be available for purchase on Itunes and amazon.com. Da U Boys would love to be granted the opportunity to work with Director Will Horton and the Keiani Models.

Watch LaLa Fantasy on ur azz

This interview was awesome and showcased not only a talented young black man but an intelligent one as well.People often lump all of our young black males in one category but Jeffery sets the bar and is an example of the integrity and nonviolent approach thats still present in many of our men.I support the DaUBoys and the entire movement the whole city is backing yall boys.

Love the interview! You & Da U Boys headin for big success ,keep doin what yall do <3

Great interview. Jigg is a young, talented artist who is taking advantage of the new technology to promote his music. Kudos to the brother.

Great Interview! #TeamStraitJigg or die lol..I wish u & Da U Boys nothing but the best! 🙂

Thanks so much Queen! Our site has moved please subscribe via https://celebrityscope.net Best wishes.

Thnx for the support please subscrine to receive future updates!!

Thnx for the support please subscribe to receive future updates!

"Strait Jigg is a young dude destined for greatness." -----> Yes, he is .... and the world will be seeing much more of this intelligent, talented young man. The same goes for Da U Boys. Good luck to Jigg & Da U Boys - they've worked extremely hard & they deserve all of the good coming to them!

Broken down and understood. Gohan did well... LOL