Post Written By: Fantasy
| No Comments
41
SHARES
Share on FacebookTweet this postBufferGoogle
Pin this postStumbleuponDiggSubscribeLinkedinWeiboVkAdd to BufferDeliciousPrintPocketXingFlipboardHackernewsTumblrSkypeMailOdnoklassnikiManagewpLineMailruYummlyTelegramFrype 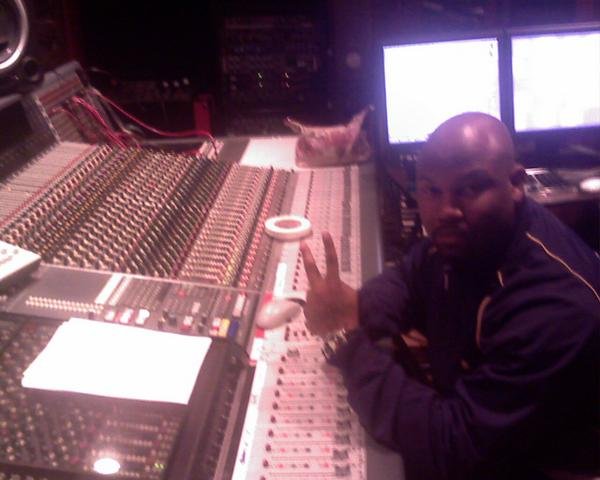 Q:Fantasy: who are you? What do you do for a living? Or maybe I should ask… Is there anything that you don’t do?

A:Tiger Da Writer: I am writer, philanthropist, artist developer(teaches singing skills, etc.), God fearing, determined man and so much more. I was raised in a small town with a population of approximately 5,500 people called Cheraw, South Carolina. I am also an A&R (M&T Consulting). I’ve always had a passion for music and the freedom that it gives me.  I develop artists, producers, song writers, actors and actresses.

Q:Fantasy:  You are originally from Cheraw, South Carolina. How was life for you back then? How easy was it for you to balance life and concentrate on the things that you love (i.e. music, etc.)?

A:Tiger Da Writer: Life for me back then… my mother made a way for us as best she could. Although, I didn’t grow up with a father in the household moms always made sure we had.  We moved from place to place. Moms didn’t have it like that. We lived in a double wide trailer, the projects, a three bedroom house; we moved around in the same town.  As long as I was with my friends it didn’t matter. We had it rough. I recall our lights being off when I came home from school one day and my mom said that there was a power shortage. During grades 5-11 I attended music school. Every summer it was the Alpha Music Program. I graduated in 2002, but I stayed around music and I continued to surround myself with people that motivated or encouraged me. I have so many talents, but there were always positive people/influences throughout my life that helped me stay focused.  My big brother Jazz (Dru Hill) played a positive role in helping me come up. I was on myspace.com networking. I would go to Terry Lemon‘s(Swift), studio. There was a time when I was a part of a group called L.A.C.E.D. (life after creation =’s eternaIly divine) reached out to Montel Jordan (R&B recording artist). He had an interest in what I set out to accomplish and in turn took a lot of time out with me. He helped me realize what to do. He said “If you can write, write. It’s the quickest way to get into this business.” He schooled me on publishing. I spent a week at his house and went to church with his family. Those moments are priceless. When I met Teddy Riley he said “it’s an honor to meet you.” Producer Easy Mo Bee (has worked with Mary J. bilge, Alicia Keys, etc), Big Bub( wrote My Prerogative- Bobby Brown)and so many others made it easy for me to stay focused and keep my head on the right path. They put a different type of drive in me; being around producer Sir Jinx( produced some of Ice Cube’s albums)as well. When I would be in the studio with Akon(Konvict Music) he told me how he got into the business. Hearing his story made me step my game up even more. I thank God for all of them.

Q:Fantasy: Out of everyone that you’ve met thus far, who’s the one person that you admire the most and why?

A:Tiger Da writer:  God. When I first met him he changed my life.  He’s the reason that I am where I am today and that’s a fact. When I met him he told me to take that trip to Atlanta. I said God, but I don’t have any money. I asked my cousin for some money. He pulled out a wad of money and gave me $20. He said… “that’s all I have cuz.” I decided to go to Atlanta. We stopped along the way and go something to eat which left me with $15 and some change. I’ve been homeless. I lived out of my Tahoe. I lived in a gym, slept on a yoga mat and covered up with my jacket. I had enough money left over to buy a pack of hot dogs, a loaf of bread and water. Afterwards, I drank only water for about 2 1/2 weeks. I worked and didn’t get paid for two weeks. . I didn’t know anyone here (Atlanta). I was scared to go from the small town of Cheraw, SC into the largely populated city of Atlanta. It was intimidating. I went to hotels and washed up in their bathrooms and would go to studio sessions with Dallas Austin afterwards. I was only supposed to stay in Atlanta for one week. It has been four years and by listening to God and having faith in him… I’m still here.  I encourage everyone to meet God. “You’ll never be the same.”

Q:Fantasy: What was on your mind during that time? Did you ever think about giving up… that you wouldn’t pull thru?

A:Tiger Da Writer: I kept saying that I can’t pull thru. I thought about quitting all of the time. When I thought about the promise that I made to God… I said to myself, “you can’t give up because it’s hard even when it appears that there’s no light at the end of the tunnel. I got this burning desire to succeed. I was dedicated, I had faith in God. Turning back is a form of decrease, going forward is a form of increase. I was trying to increase. I didn’t know anyone here(Atlanta). I was scared to go from my small town of a small population to a large one. It was intimidating.

Only the strong survive, the weak will fold. I became more of a doer rather than a thinker. Don’t stay a thinker and allow your dreams to be in vain.

Q:Fantasy: Explain a day in the life of Tiger Da writer? How do you manage to stay awake?

A:Tiger Da Writer: It’s pretty cool. It has its ups and downs; going from being a singer, to a private investor, interviews, conference calls and spending time with family. Making sure I’m the best provider that I can possibly be.  “Water&Sex!” keep me awake. ((LOL)) Sometimes I have to force myself to go to sleep. I’m usually up focusing on my goals. “It’s all about my legacy.” Q:Fantasy: what do you think about style today as opposed to back then? Who are your favorite designers? What is Tiger Da Writer wearing?

A:Tiger Da Writer: I think that most of the clothes/styles from back in the day exists now. Skinny jeans and bell bottoms have been recycled. I believe that both the styles of today and yesterday will become more futuristic/ space-like.  I like Kenneth Cole, Adidas, LA fitted-caps, Seven Jeans, Sean John, La Coste, Parish, Perry Ellis, Gucci, Puma; anything that looks good on me. It has to look good and compliment my skin tone.  I also wear nice button up shirts and linen attire depending on the weather.

Q:Fantasy: We live in a generation where everyone is on a health kick. What does your diet consist of? Do you work out? How often? What types of exercises do you do? Is there a daily ritual?

A:Tiger Da Writer: I like healthy breakfast. Cheese grits, eggs, turkey bacon, yogurt and fruit. Sometimes for lunch I do a grilled chicken salad. I like to snack on bowls of fruit. I like baked tilapia, steamed broccoli and red cool aid. ((LOL))  I work out at least 5-6 days per week. Calistenics are a part of my daily ritual. I stretch, do sit- ups, push- ups, lunges and standing squats. I use weights only to scope my body.  I was on the heavy side growing up. My weight fluctuated. I’m getting ready for summer.

Q:Fantasy: In the movie, “The Fast and the furious-Tokyo Drift,” there was a lot of action. After watching that movie did it make you want to get into your car and drift? Are there any movies that made you wish you were like one of the characters?

A:Tiger Da Writer: No, not that one! I’ve always wanted to be like Spider Man. I looked up to Spider Man. I looked up to Batman and Zack the black Power Ranger as a child. I jumped off of houses, hung on clothes line and jumped on trampolines. My childhood friends and I mimicked kicks in the air. I watched wrestling and made my own championship belt. My favorite action figure was G.I. Joe. ((LOL)) It’s funny now.  Steven Seagal was a real bad ass in Marked for Death and Under Siege.  I went thru different phases growing up. My imagination was running wild. Once I became an adult I focused my energy on my career.

Q:Fantasy: When you were attending church when you were a kid… What do you remember? Were you in the choir?  Was there a member of the choir that couldn’t sing, but would sing loudly? Did you ever get into trouble in church? What for?

A:Tiger Da Writer: I recall sitting at the back of the church with my friends, writing on the tithe and the offering envelope so that I could sneak out of church first. We passed notes to each other; we were slick.

The old women with the big hats… ((LOL))

The pastor blessed us out one time. He said, “hey you in the back!” ((LOL)) After we got into trouble with pastor we became low key. We would write our notes in a tablet and kick the tablet across the floor to one another.  I was in the choir. The choir would person that couldn’t sing in the front row.  Gospel music is the only type of music that you can sing off key and people will still say… “baby you’re singing for the Lord!”

Q:Fantasy:  If you had to do a movie about your life who would be the characters? Who would play you as a child, teen, now and when you grow older?

A:Tiger Da Writer: As a child Rooster’s son in the movie “Idlewild,” as a teen Tequan Richmond from the show “Everybody Hates Chris,”  he reminds me of how I was as a teen. He made the best of his situations.  Me now… Big Tigger “Big Tigger Show,” we resemble and he’s about his business, and as an older guy I would have to say the late great Bernie Mac. A lot of traits from “Bernie Mac Show” that would be me; down to earth, funny, hard worker… all around good person.

Q:Fantasy: How do you feel now? Did anyone know of your struggles?

A:Tiger Da Writer:  You made me tap into old memories that I thought of, yet never really told anyone. To have you ask me those questions… made me reach into my memory bank.  I told some people, not 100% in depth. To everyone that’s reading this… “Never take your foot off of the gas.” Always put the pedal to the metal, never take your foot off of the gas it will slow you down. “I encourage you to put the pedal to the medal.” Have unlimited miles to the gallon. Who wants to embark upon this journey with me? If I can change at least one person’s life… “ mission is accomplished.”